TLS protocol makes it more secure, and free VPN is easy to link to the world.

Why? Cheese VPN is the best💪 VPN in the world?

Cheese VPN will never record your online behavior and will never upload your privacy information!

All traffic (UDP / TCP) is encrypted when Cheese VPN is running.

Cheese VPN can protect your network traffic under the wifi hotspot anonymous browsing without tracking.

With the number of high-speed proxy servers, Cheese VPN ranked first in the world.

The world’s first VPN App to support specified app agents – you can enable proxy services for specific apps if your device system is higher than Android 5.0.

What is a VPN?

A VPN creates a secure, encrypted “tunnel” over the internet between your computer, smartphone or tablet and whatever website or app you are trying to access.

That is made possible by redirecting your connection via a VPN server in another country, making it appear that you are just another ‘local’ visitor to a website or application.

You become effectively anonymous as your IP address (the numerical label that identifies your device’s online connection) is replaced by the VPN server.

When you want to mask your actual location, launch the VPN app and select the country you want to connect to, then off you go! After that, use your browser and any apps as you would typically do.

Try it now.
Don’t forget to share it with your friends, if you would like to help us.💕

If you have any feedback or suggestions, please send an email to: support@cheesevpn.com.
Twitter：@VpnCheese
Telegram: @VPNCheese
Keep your Safe and Stable with Cheese VPN

We’ve made some changes in the new version:

We would appreciate it if you take a moment to review our app on the Google Play! 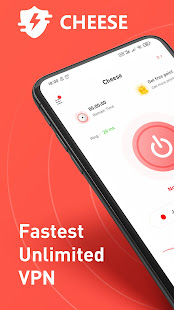 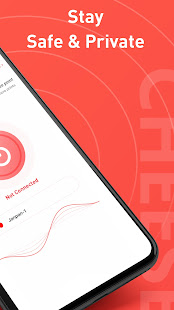 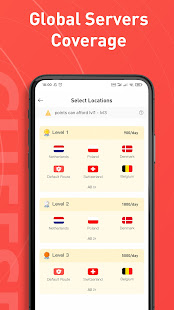 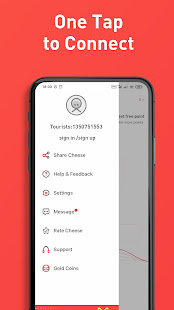