I present to you an updated version of the mod for minecraft pocket edition Dragon Mounts!
The updated mod for MCPE includes many new items, skins, maps, dragons!
Let’s take a look and take a quick tour of our application!

The Dragon Mounts addon includes:
More than 20 new types of dragons.
Baby dragon.
Various types of armor.
Strong and reliable swords for survival in the minecraft world and much more!

All the dragons in the application Dragon Mounts mod except the ghost dragon have their own custom armor, sword, and scale. To equip the armor, long press on the screen, or right click. You can also equip a saddle, chest, and horse armor on the dragons. All of them have a hostile and tameable version. The tameable versions are not flying. All mobs drop scales.

I want to tell you about some dragons that have been added to the MCPE mod.

The first dragon is the Aether Dragon, a fierce dragon that spawns in the mountains. It is powerful and fires balls of ice.

The second mob is the fire dragon. He spawns in the nether with nether dragons. As you guessed, the fire dragon breathes fireballs, and can be tamed with a blaze rod.

The third mob is the ender dragon. It spawns in the end, but make sure to tame the ones on the ground, not the big boss.

The fourth mob is the ghost dragon. He glows in the dark and can be tamed with bones. Ghost dragons spawn underground.

Another dragon is the water dragon. It is a very friendly dragon that only attacks monsters. UNLESS you punch it. So don’t PUNCH it. You can tame it with fish.

I think we’ve talked enough about dragons for the minecraft world. Now onto the items!
There is a new type of armor for dragons as well as for players! To craft armor specifically for the dragon, you will need various blocks and objects (ores).
As always in mc pe, there are 3 types of armor: iron, gold and diamond!

NOTE: Try not to injure your tamed minecraft mobs as they can attack you. I wish you a successful journey around the world with your new defenders. Try to survive taming!
Also in our Minecraft free application you will see 4D dragon skins, wallpapers and other mods! Install and enjoy the game with pets and friends!

Disclaimer: This application is not approved nor affiliated with Mojang AB, its name, commercial brand and other aspects of the application are registered brands and the property of their respective owners. This app adheres to the terms set out by Mojang. All items, names, places and other aspects of the game described within this application are trademarked and owned by their respective owners. We make no claim to and do not have any rights to any of the foregoing. 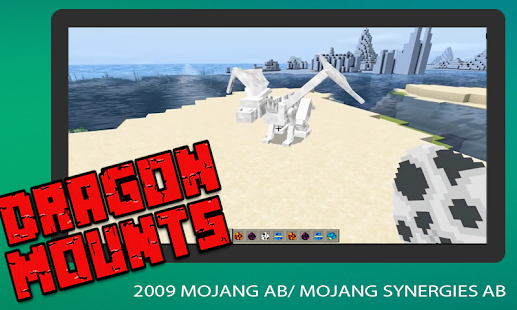 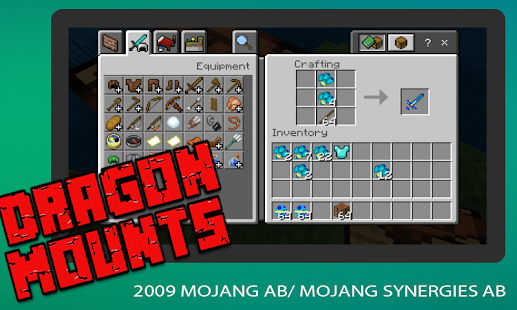 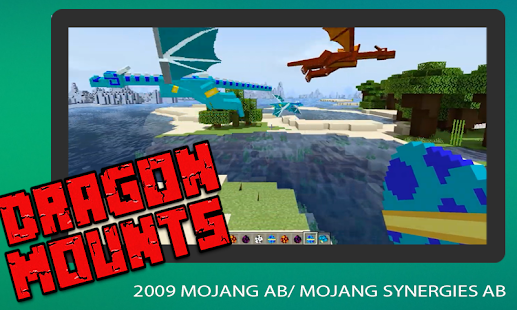 Merge Money - I Made Money Grow On Trees